My Original Fiction Debut, this idea stems from a comic I read that introduced me to Judge Dredd. It was him versus an Alien.

Feedback as ever is welcomed; would you like to see more of this kind of post? I have plenty of ideas for franchise crossovers and loads of original work too!

I hope you enjoy reading this story and I’ll see you in the comments.

Judge Dredd and Judge Anderson were on their way to a warehouse, informed that a doctor had been dispatched their previously to treat an unknown illness. That was a week ago and neither the doctor or anyone at the warehouse had been seen or heard from since.

“What should we expect here?” Anderson asked, still learning on the job from her mentor Dredd. 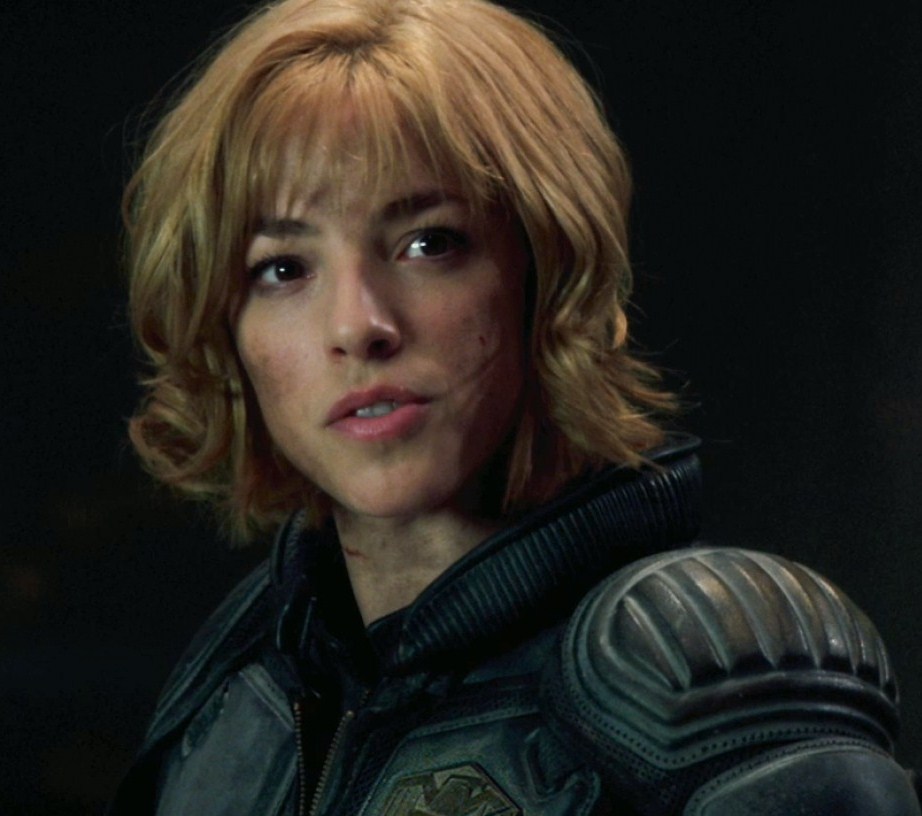 “Anything. You ready?” Dredd replied briskly.

“Yes.” She replied, drawing her gun and assuming a breach position at the door. A bead of sweat ran down from her temple.

Dredd nodded, impressed by how quickly she had picked up being a Judge. The mama clan had definitely accelerated the process.

They kick down the door. The darkness took a moment to adjust to. The radiant sunlight entered with them, illuminating no threats. Just containers of cargo, as expected in a warehouse of the sort, used for transit between civilised areas of the planet.

“Can you sense anything?” Dredd asked, referring to Anderson’s psychic abilities.

“No…there is something, but I’m not sure what…” her sentence hung. They proceeded into the shadows of the warehouse.

The next hall had lights on, but some were damaged. Dredd moved towards a far wall, his boots squeaking under the pressure of his heavy armour. Anderson moved to the middle, gun raised. An open container lay there, small in size. She was drawn to it.

Dredd placed his hand on the wall in the darkness and retracted it. Nothing. He could see a visibly different shading on the wall. He rubbed his hand on it harder, then looked at his knuckles. Blood, as he suspected. The dryness indicated it was old.

Judge Anderson peeked into the metal crate. There was some sort of ooze or goo all over the area. The crate smelled rotten and foul. As she leaned in she saw it. “Dredd, there’s a… some sort of egg in here. It seems empty.” She poked a corner that had peeled away from the top with her gun. The hardened ooze layer cracked but the fleshy egg was soft.

“There’s blood on the wall, a trail into that corridor.”

They entered the corridor together. There was no light so the Judges activated the torches on their guns.

They took steps very slowly, listening for movement. The corridor was narrow and long. Each adjacent room seemed to be locked.

There was blood everywhere. Anderson’s heart rate had picked up massively, she was scared. But more than that, she could sense something.

“Dredd, there’s someone here.” They picked up their pace to a jog, with Dredd in front. His torch landed on a body face-down on the floor. Anderson leaned down and turned him over. She gasped.

His torso had been mutilated. His guts sprawled across the floor, as if dragged. The maggot colonies consumed him, showing bone in some parts. His forehead had caved in from brute force- the remainder of his face was left in shock forever.

They moved forward. The light behind them was a speck in the distance now.

Dredd’s torchlight again landed on a body. “The doctor.” Anderson leaned down to assess his vitals. Her physic whispers were coming from the doctor- he was alive. She gently tried to help him regain consciousness.

A sudden clang came from down the hall where they had previously come from, something impacting metal.

“Doctor-” Anderson was saying, when the doctor awoke. “Shhhhh…” he whispered. “Leave…leave now… it’s a hell… a hell-spawn… go!” he passed out again.

“Can you help him?” Dredd asked.

There was another clang, louder, nearer. They both raised their weapons and aimed down the sights. The torches showed nothing but blood. Dredd stood and Anderson crouched by the doctor, both still. 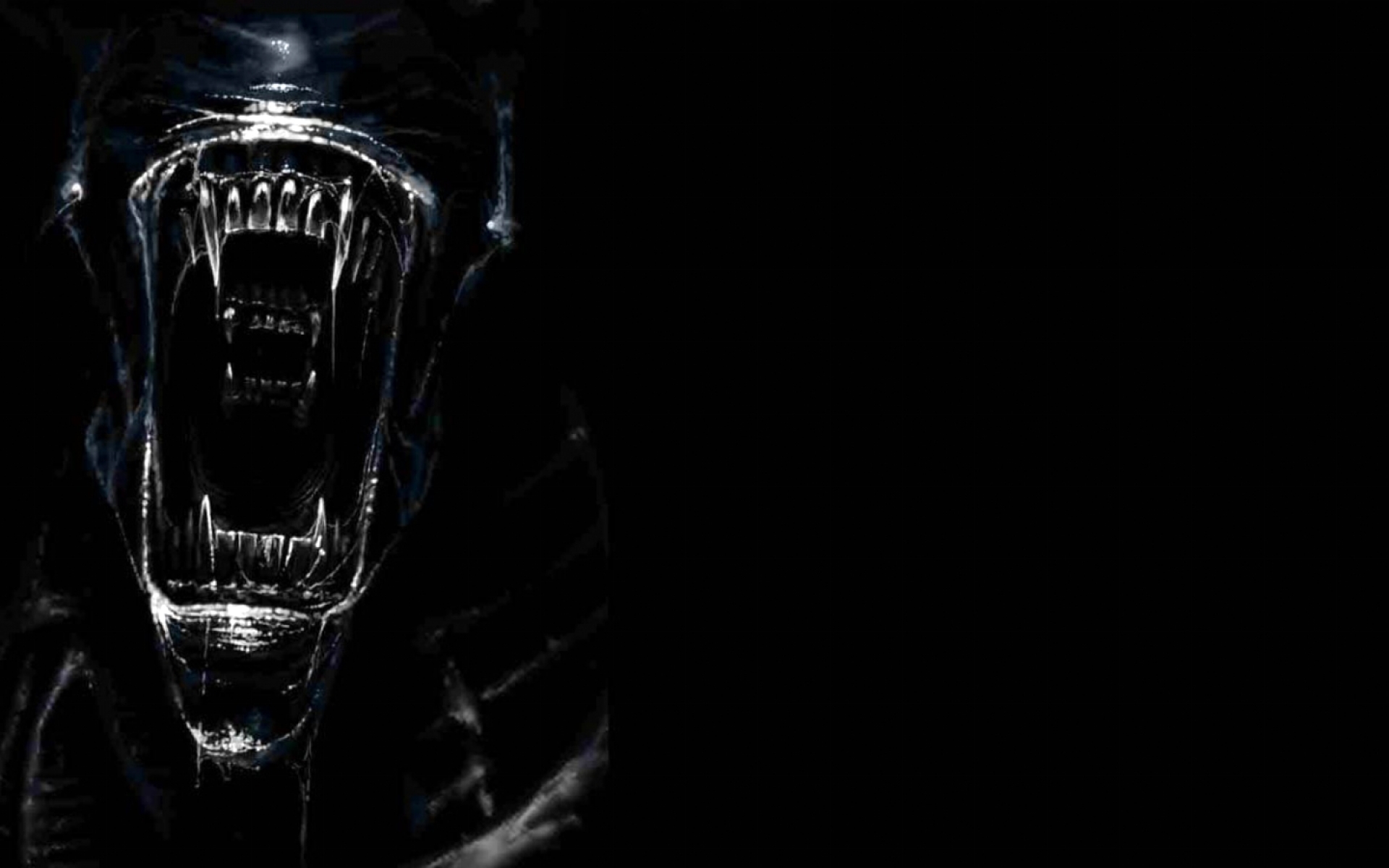 A screaming hiss resonated from down the corridor as an insectoid creature sprinted at them from the ceiling. Anderson swore and fired her gun as quickly as the trigger would allow. Dredd stiffened, feeling fear for the first time in a long time.

He shot a few rounds at it too then shouted “Hot-Shot!” his gun mechanised for a second and was ready to fire. The insect moved from the ceiling to the left wall, crawling faster than any creature could.

Dredd fired. A bright flare shot out, with a mini incendiary grenade attached to the head. The corridor lit up a bright red and white from the Judges to the Alien. It’s hissing changed pitch as it seemed to recoil and move back to the ceiling. In an instant it was gone, up a vent so small it seemed impossible the creature could fit in it.

The judges were paralysed, they couldn’t stop aiming at the vent, fearing if they turn for a moment the insect would be back and in attacking range before they could blink.

Dredd spoke, a slight stutter in his voice, “Can you sense it?”

The doctor awoke again, murmuring. Before the judges could help him he began screaming, louder and louder. A crack, bones breaking. His shirt become more bloodied, fresh blood poured onto the ground from his stomach.

A xenomorph was born.

It jumped straight out of the doctors stomach, killing him. It tore thorough his clothing and leaped at Anderson’s face. Dredd shot it mid-air and it fell to the ground lifeless. It’s blood sizzled on the floor, it seemed acidic.

Anderson exhaled, “I wish I brought my helmet” she said kicking the tiny corpse away into another dried up spider-like creature that was also dead.

One Movie at a Time

The Portfolio of Ewan J Martin

The Home Of Author Aaron McGowan

Musings on Music, Film, TV and other assorted geekery

THE BEAUTY OF LANGUAGE

There Has Been An Awakening

My domain of everything gaming and entertaining

the stories behind the pictures, and vice versa

The blog taking another look at art too often overlooked

Don't be ashamed of your story it will inspire others!

"TheMarckoguy" is the alternate name for Markus. Markus is a human who reviews stuff.

Fueled by popcorn and Dr. Pepper

Smile! You’re at the best WordPress.com site ever

Hacking life while enjoying everything in between

Mindless conversations being played out in one's head...

Sorting out the cine-junk...so you don't have to!

Welcome to the Riley on Film Podcast. You'll find horror movie reviews hosted by Damien Riley a 50-something ... 420 friendly.

Thoughts and Other Musings of a Cinephile

The Hypersonic55's Realm of Reviews and Other Stuff

Your quick fix for great cinema.

A cozy cottage for writers and book lovers

On the Screen Reviews

My Site
The Nerds of Color

Pop Culture with a Different Perspective

Narrative in games and new media

Author of The Aegis Saga

The ramblings of a creative intellectual