I got nominated by Hammy Reviews and Popcorn & Film. Check them out, they’re awesome!

The Liebster is great for promoting smaller sites and networking.

Answer the 11 questions, nominate up to 11 people, blah blah blah.

So beginning with Hammy Reviews‘ questions:

1 – If you could play a character in any movie, who would it be?

In a Star Wars anthology film: Galen Merek or Starkiller in the Force Unleashed movie, which is about Vader’s secret apprentice. Or just John Wick.

3 – What is the worst movie you have ever seen?

Synopsis: Someone rich dies and their inheritance is given to a dog named “Entertainment”. The dog’s carers try to kill it to inherit the money. Slap stick chaos ensues. Also the main character is getting married because obviously.

There’s a scene where someone yells in emotional trauma “ENTERTAINMENT!!” The film was so bad I did the same thing, Platoon style, screaming for something worthy of describing as entertainment.

I primarily game on PC, had a PlayStation last gen, an Xbox this gen and think Mario Maker is one of the best games of the last few years.

“Gee, way to pick a side, Prime Six” you scoff.

5 – If you had the choice, would you have the power of telekinesis or telepathy?

Telekinesis because it’s the force. 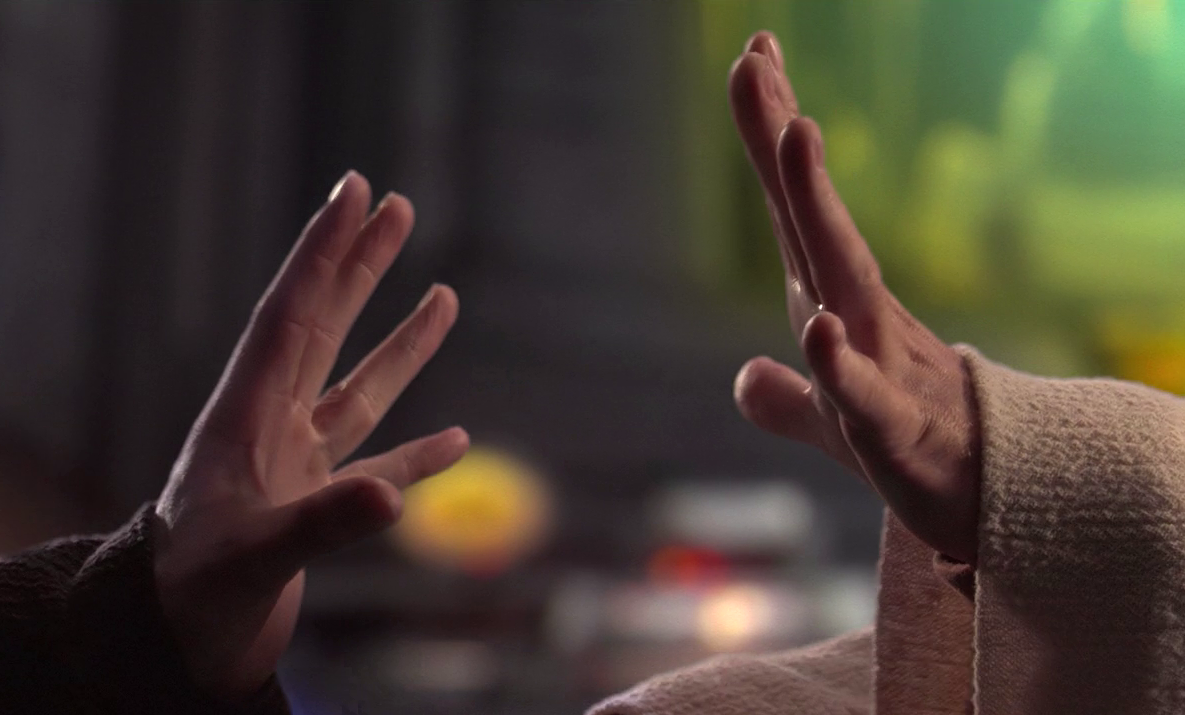 6 – What do you hope to achieve by the end of this year?

Host a few blogathons (stay tuned for more), make significant progress on my first novel and continue growing the site with original content.

7 – What is the most romantic thing that has ever happened to you? Someone held the door open for me once.

8 – Which actor/actress would you invite to dinner for one night? Keira Knightley

9 – Have you ever walked out of the cinema? If so, what film was it? I purposefully only watch films I’ll like in the cinema.

10 – Favourite book? 48 Laws of Power is a controversial, thought provoking book. Of Mice and Men is a fictional fave.

11 – A night in by yourself: what do you do? Only two real choices here; games or films. The real question is what game or film, dependant on mood.

Phew! Great questions. Now let’s see what Popcorn & Film has for us:

1 – Harry Potter or The Lord of the Rings? I love HP, but LoTR

2 – If you could just watch one series for the rest of your life, which would it be? Friends never fails to entertain.

Recreate scenes from Blade Runner, The Notebook and The Matrix Revolutions.

5 – Favorite movie from your childhood?

Harry Potter and the Prisoner of Azkaban – have I redeemed myself from question 1?
Also any Star Wars. Have I mentioned I like Star Wars?

6 – What is the best reason to watch a movie at the cinema?

Optimally viewing the beautiful reflective bald head of the gentlemen in front of you.

7 – If any actor/actress would play you, who would it be? Sam Rockwell

9 – The best thing about Friday?

A hilarious tale of the ghetto with morales such as anti-bullying and job security. Chris Tucker is the best thing about Friday.

10 – Do you collect anything? If so, then what? Little toy cars so eventually I can do this: 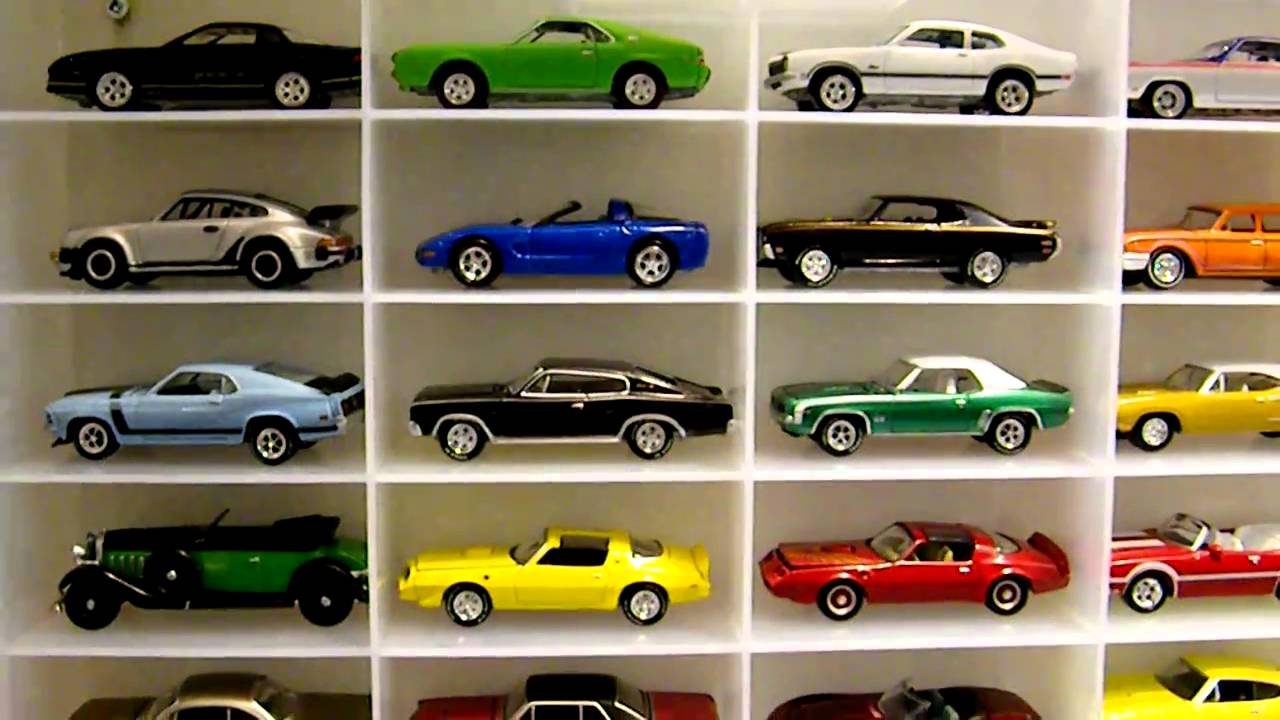 11 – You receive a text from a famous actor/actress. Who is it from and what does it say?

Karl Urban: “Guess what? Your DREDD 2 script got greenlit – I am the law!”

UPDATED: Thanks to Jason’s Movie Blog for also nominating me – he poses some big questions:

1 – Favourite movie of all time?

My answer changes every time someone asks me, but every answer I give is 10/10 in my eyes. Today I’ll go with Saving Private Ryan.

The Hanks Damon talk in the aforementioned film is perfect. Last moments of Heat. That first Avengers group cinematic. “I am Iron Man”. End of Watch‘s last moments. Plenty of phenomenal scenes I could keep mentioning, all equally awesome in their own way, I couldn’t give one in particular.

3 – Last movie you saw in theatres?

4 – If you had the chance to meet one actor or actress in real life, who would it be?

Johnny Depp to talk about his varied career and his thoughts on the quality of his content in recent times.

Top Films of 2015 Viewed in 2015! Of everything however I’d say Fury Road followed by The Force Awakens and Sicario.

Star Trek seems very cool though, the politics, culture, racism, exploration all fascinating. I’m very confused on where to start though.

But seriously, try and spot how many times I mention or reference Star Wars on this page.

7 – When did you start blogging?

Just under a year ago.

I watched John Wick. It was awesome. Several months later I watched it again. Still awesome. But no one else had seen it, it wasn’t getting the attention it deserved.

So I impulsively made a blog, hastily choose a theme and wrote a review and an “about page” at I-should-be-asleep o’clock. From there I just rolled with it.

9 – If you could visit any world in real life, what would it be?

I could say Star Wars again but I’m going to go with Avatar. The natural neon glow of everything, the culture revolving around life, it’s all very pretty.

Physicals of only my favourites. I have on Blu-ray: The Dark Knight, Saving Private Ryan, The Matrix, The Raid 2 and I intend to get Mad Max: Fury Road

11 – What movie are you looking forward to seeing?

Civil War was my most anticipated film of the year. Rouge One and Episode VIII are a given. Otherwise I’m interested in Mad Max sequels, The Raid 3, anything by Denis Villeneuve including Blade Runner 2. The new Predator by Shane Black, Scott’s Prometheus and Blomkamp’s Alien 5 thereafter.

Solid questions there, made me think!

DOUBLY UPDATED: Thanks to Plain Simple Tom for the nomination! He has some great questions like most overrated film, biggest emotional reaction from a film and best soundtrack! CHECK OUT MY ANSWERS HERE!

TRIPLY UPDATED: Thanks to Nter The Cranium for the fifth nomination! Check out questions like favourite TV Shows, role models and heroins (that’s female heroes, not drugs). Find them here!

UPDATED AGAIN: I am very happy to accept the Sunshine Blogger Award from Renate at Popcorn and Film – for her questions and my answers follow me!

Once again, thanks to all those who nominated me- it’s very motivating and the questions are fun to answer!

My nominees are The Film Editorial, The Modern Gamer, 4therace, Views from the Sofa, Destroy All Fanboys, Out of this Film, Kieran McClung and The G.O.A.T. Movie Podcast

Feel free to to post and link back to my home page or simply comment down below. My questions are:

1 – Tell us about a film or game that has changed your life, what was it and why was it so impactful?

3 – If you could live in a game or film world which would it be and why?

6 – What are some of your favourite YouTube channels or Twitch streamers?

8 – Recommend a song to listen to

11 – Pitch your perfect game or film: if you had full creative control and a near limitless budget what would you make?

That was fun – thanks to Hammy Reviews, Popcorn & Film and Jason’s Movie Blog!

Awards & Accolades – Funny Bone Fuel and Get to Know Me

One Movie at a Time

The Portfolio of Ewan J Martin

The Home Of Author Aaron McGowan

Musings on Music, Film, TV and other assorted geekery

THE BEAUTY OF LANGUAGE

There Has Been An Awakening

My domain of everything gaming and entertaining

the stories behind the pictures, and vice versa

The blog taking another look at art too often overlooked

Don't be ashamed of your story it will inspire others!

"TheMarckoguy" is the alternate name for Markus. Markus is a human who reviews stuff.

Fueled by popcorn and Dr. Pepper

Smile! You’re at the best WordPress.com site ever

A Scholarly Approach to Cinema and More

Hacking life while enjoying everything in between

Mindless conversations being played out in one's head...

Sorting out the cine-junk, so you don't have to!

Riley on Film
THE CINEMATIC FRONTIER

Thoughts and Other Musings of a Cinephile

The Hypersonic55's Realm of Reviews and Other Stuff

A cozy cottage for writers and book lovers

On the Screen Reviews

My Site
The Nerds of Color

Pop Culture with a Different Perspective

Narrative in games and new media

Author of The Aegis Saga

The ramblings of a creative intellectual

Wilson Reviews
That Moment In

I watch a lot of films. And then I write about them.